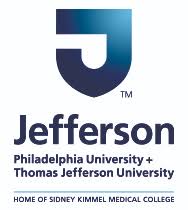 Meira’s Spirals of Light for flute, cello and piano will be performed on March 12, 2019 at Thomas Jefferson University, 130 S. 9th St.  in Philadelphia PA, as part of their Tuesdays at Twelve series. Performers will include pianist Gilya Hodos, Adeline Tomasone, flute and Vivian Barton, cello.

Spirals of Light invites the listener into the sacred center, swirling and spiraling into stillness. The quiet, which follows, resonates with the mystery of the Infinite. Joyous energy then awakens, flowing into the world. The trio and the poem by Ani Tuzman were commissioned and premiered by the Columbia College Departments of Music and History and Political Science, Columbia, South Carolina, 1996. Read the poem and hear the first movement, Slow Whirl Into Stillness, here.

The piece was a 2016 winner in the National Flute Association’s Newly Published Music for Flute and Other Instruments awards category. It has been recorded for the Kol Meira Productions label.